The men and women who have worn the uniforms of the United States of America are a special type of citizen. They have dedicated their time of service to help create a better world for future generations. Too many have paid the ultimate price for their dedication and others are scarred by the wounds of war.

VETS was created three decades ago to serve all veterans. There are many great charities that provide aid and comfort to those who are wounded and the families of those who were killed as a result of their selfless service. VETS offers a wide variety of services for all veterans. Our special focus is to support and provide resources for veterans in business or those who want to be involved as founders and leaders in for-profit commerce. We welcome your participation in our efforts.

VETS was founded in 1990 as the technology and telephony arm of GeoTel Corporation. Our first successful project during the first Gulf War was to create and operate systems for the award-winning Family Support Network of The American Legion. It was a pre-Internet time and President George H. W. Bush made the first phone call to our system from the White House.

As VETS services evolved, we developed and managed the military reunion information service of The Legion and The Veterans of Foreign Wars. In that role, we assembled and provided information about more than 15,000 reunions and connected over 3 million veterans to their former outfits. We operated the nation’s largest reunion management company from a branch office in Branson, Mo. Columnist Ann Landers (Eppie Lederer) helped launch and publicize the VETS Finders-Seekers buddy locator service which directly linked tens of thousands of veterans with their former comrades in arms.

VETS stood down from active operations in 1998 as the three co-founders each battled personal diagnoses of advanced cancer. Today’s VETS is a return to active duty with an expanded mission, new services and benefits, led by a new management team. The original VETS mission and strong sense of duty continues to honor the men and women who serve and sacrifice for our Nation. 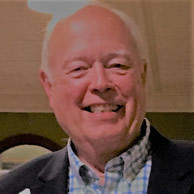 Richard Ward is the surviving co-founder of the original VETS of the 1990s and serves as an advisor to the current VETS organization. He was an award-winning Navy journalist during the Vietnam era and served in various public, civic and military roles in Southeast Asia. His former corporate career includes several Fortune 500 companies, and numerous public service roles. He is a lecturer on business and entrepreneurship at local colleges and a certified mentor and member of the SCORE program founded by the U.S. Small Business Administration.

If you are a veteran or family member with a continuing desire for public service, we’d like to hear from you. As we return VETS to active duty and continue to serve in local communities, we seek qualified and motivated individuals to join our team.